Name: Fatoumata Toure
Year: 1st year Undergraduate
Major: Environmental Engineering (intended)
Submission: Freshline Freshwater: The Missing Resource Story - Video
Prize: $1,000
Commentary: Fatoumata Toure brings us an investigation into ever-dwindling and altogether missing freshwater resources. Through the lenses of environmental health and engineering, Toure engages the audience in a conversation about freshwater resources and the overall access to them by interviewing and embodying different methods through which those resources can be compromised (farming and agriculture, policy, contaminants, etc.). Toure also makes a point to discuss environmental racism as a threat to freshwater resources in communities of color, negatively impacting their long-term health and longevity. In this entry, Toure reminds the audience that fresh, safe, and accessible water resources are essential, and their conservation should be taken seriously to enable future populations to live well. Written by contest judge Patrice Green

Name: Sarah Blackwell (5th year PhD student), Zack Garza (2nd year PhD student), Terrin Warren (4th year PhD student), Peter Woolfitt (5th year PhD student), and Skylar Zhang (2nd year PhD student) Majors: Mathematics Submission: The Mathematics of Gerrymandering - Video Prize: $800
Commentary: Gerrymandering is the practice of manipulating district boundaries to give an unfair political advantage to a particular party. But how can we prove that a map is gerrymandered? And what are fairer ways to draw districts in a state, for instance, like Georgia? This is where math comes in.
“The Mathematics of Gerrymandering” offers a primer in gerrymandering and uses elementary geometry concepts like area and perimeter to show some possibilities for spotting a gerrymandered map. The animated video begins with a delightful narrative hook about a region made up of Ice Cream Lovers and Pizza Lovers, then easily transitions into math strategies for assessing gerrymandered districts.
What’s more, while illustrating these multiple strategies, the authors made clear that there is no one answer to the problem of fair governance. Indeed, “The Mathematics of Gerrymandering” does not claim that mathematics is the solution, but one of a set of perspectives we can use towards balancing (or rebalancing) decision-making power in a community. It takes a village  -- and mathematicians live in that village, too!
For its easy-to-follow communication style and a nuanced approach to the real-life applications of their important discipline, we present Mathematics PhD students Sarah Blackwell, Zack Garza, Terrin Warren, Peter Woolfitt, Skylar Zhang 2nd prize.  Written by contest judge Ariel Ackerly.

Name: Alex Benoit
Year: Junior Year (High School/Undergraduate Dual Enrolled)
Major: Microbiology
Submission: The Endosymbiotic Theory - Video
Prize: $600
Commentary: Alex Benoit takes us on the journey of “The Endosymbiotic Theory” in this short but packed-full educational video. It discusses how we as eukaryotic beings actually evolved from archaic prokaryotic organisms. If that isn’t fascinating enough, the storytelling is authentic, engaging and his interest in the topic is infectious. Alex’s ability to discuss the science and also pull in facts about the key scientists and their sometimes not-so-great personalities into the story of the evolution of this theory made it a unique and favorited entry. Written by contest judge Kelsey Forester.

Name: Prachi Patel, Grace Watterson, and Jasmine Querido Year: 1st years Undergraduates  Majors: Geology, Biochemistry and Molecular Biology, Landscape Architecture Submission: Quantum Computers: Searching for the Future -  Video Prize: $400
Commentary:  In this animated video, Prachi Patel, Grace Watterson, and Jasmine Querido explore quantum computing, a topic that can be a bit of a head scratcher. The team has been collaborating since high school, and it shows. The video's narration is clear and compelling, and the visual storytelling is clever, skillful, and a delight to watch (and rewatch). We believe that Prachi, Grace, and Jasmine succeed in their goal, stated in their cover letter, to “shed some light on a developing and intriguing topic” through visualization. For novices to quantum computing, the video serves as a wonderful introduction. It can also be an entertaining refresher to those already familiar to the topic. We hope to see Quantum Computers - Searching For the Future, and the teams' QuirkyQuark YouTube channel, reach an even wider audience. Written by contest judge Chandler Christoffel.

Name: Xiomy-Janiria Pinchi-Davila
Year: 1st year PhD student
Major: Integrated Plant Sciences
Submission: How much do you know about Coronavirus Biology? - Toy
Commentary: Pinchi-Davila has created a crocheted stuffed toy to teach the biology of the coronavirus virion to kids of all ages. What’s unique about this design is its ability to be opened in half, allowing learners to explore both the external and internal coronavirus structure. Highlighted in the design is the protein arrangement as well as the genetic material. Interestingly, one half of the toy is blank so that users can recreate what they’ve learned by filling in the missing parts. Pinchi-Davila emphasized that learning while playing is effective and fun! The committee was impressed with the design of the virion as well as the multi-layered interactions and opportunities to learn in a safe and fun way about a scary disease. Written by contest judge Lindsey Reynolds. 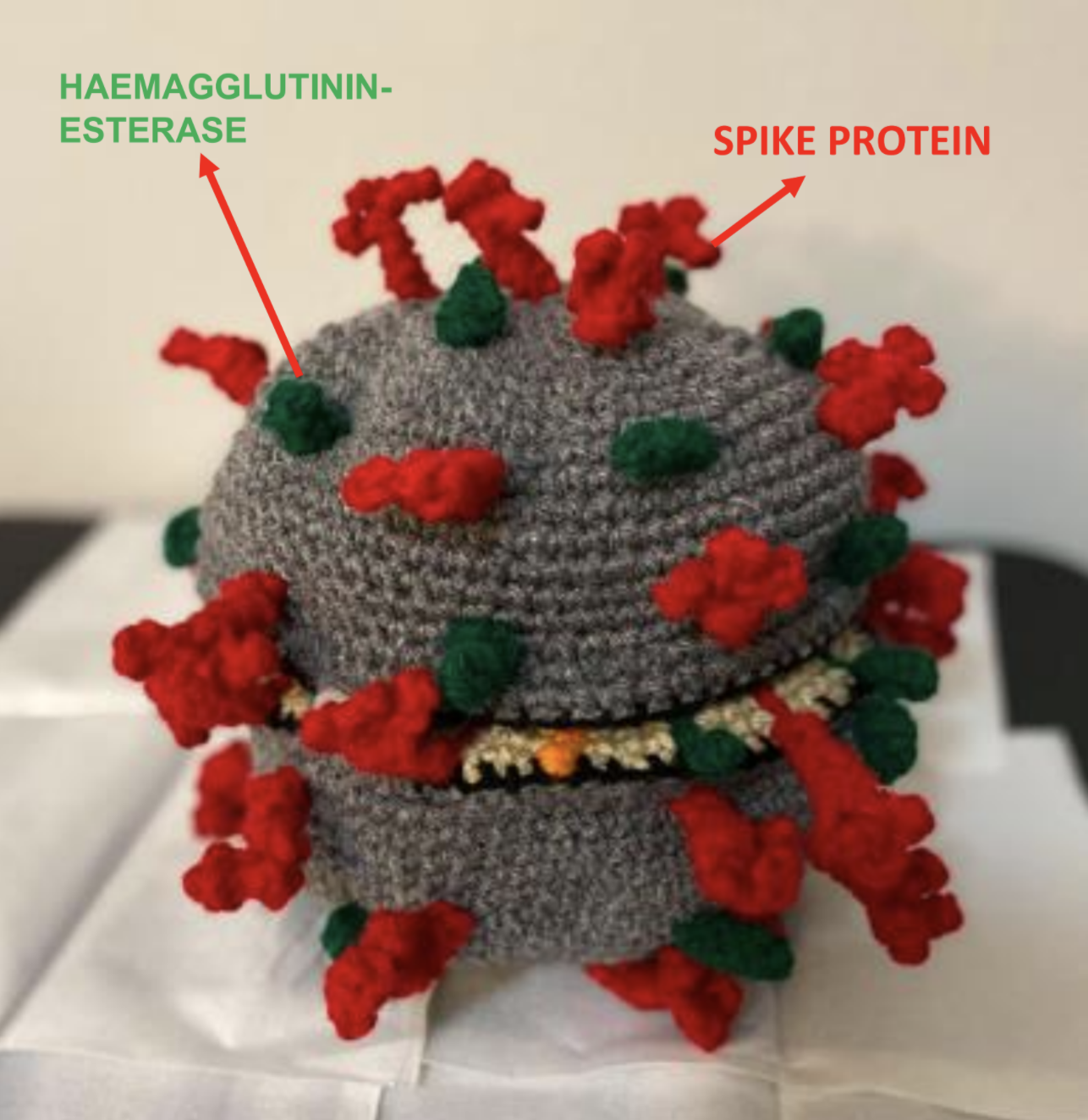 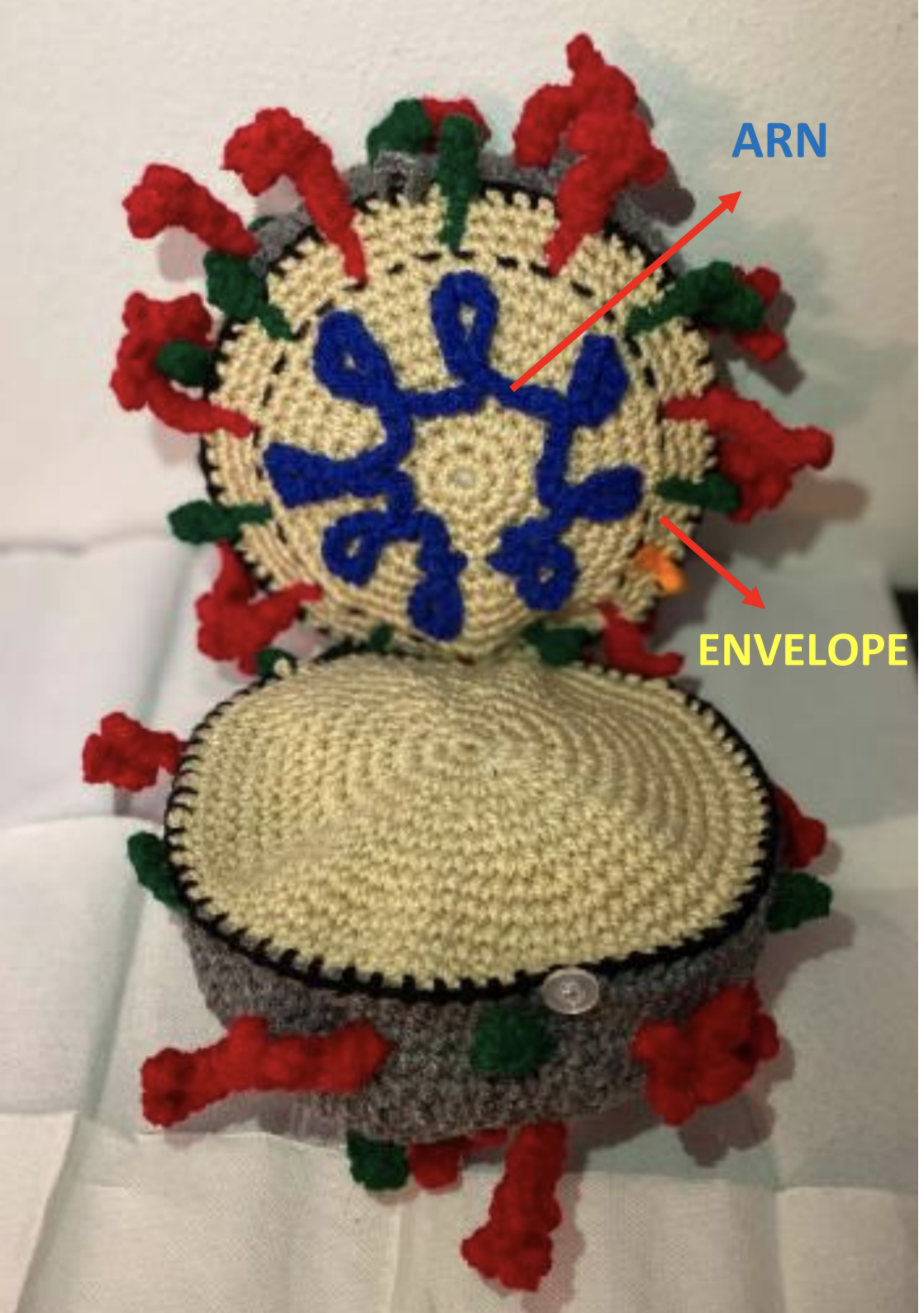 The Special Prize Award goes to the entry that most successfully engages with the topics of either COVID-19 or Racial and Ethnic Justice.

This year, our judging partners the Minority Student Science Association selected Fatoumata Toure, who is also the contest's first place winner, for her video entry Freshline Freshwater: The Missing Resource Story. Fatoumata will receive an additional $200 for winning this award.

Special Prize Commentary: Fatoumata Toure’s short/film documentary Freshline Freshwater uniquely investigates the disappearance of the small freshwater resource, Freshline Freshwater. Through a series of interviews, in which Fatoumata amazingly takes on each role, her video explores and questions the biggest threats to freshwater, as a consequence of human development. Not only was Fatoumata’s video interesting, funny, and fun to watch, it was also extremely informative, as it shed light on the complexity of issues that arise from poor water infrastructure and management. Furthermore, Fatoumata’s video emphasized the importance of freshwater, considering that it affects everyone and everything that needs water, and that the poor management of freshwater disproportionately affects minorities (as a result of decades of racism and redlining), people in lower social classes, and the ecosystem. Fatoumata said it best: “It is never too late to find the solution; only inaction will lead us to a demise in which we too lose our Freshline Freshwater.” Written by judge and MSSA member Amber Maduike