History of Slavery at the University of Georgia: Alumni Catalogs

This guide compiles resources at UGA Libraries that document the role of slavery and enslaved people in the University of Georgia's development from its founding in 1785 through the end of the Civil War in 1865. 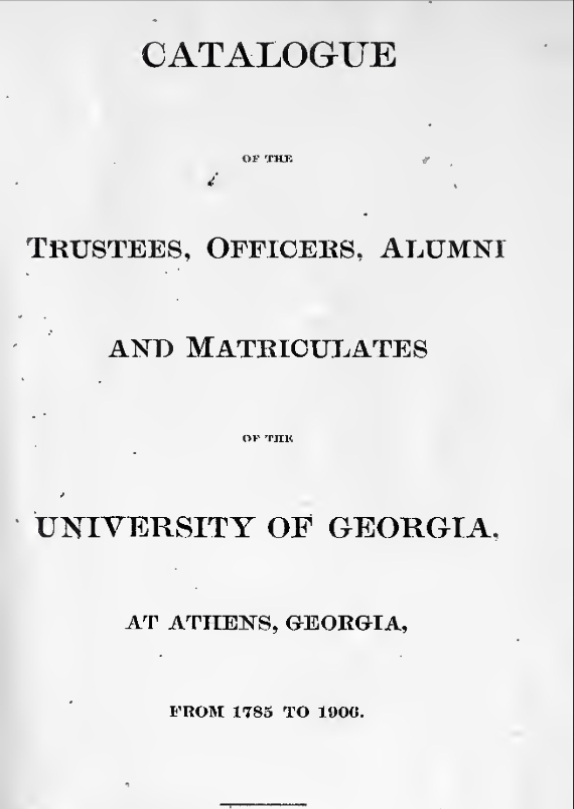