Light, Your Camera, and You 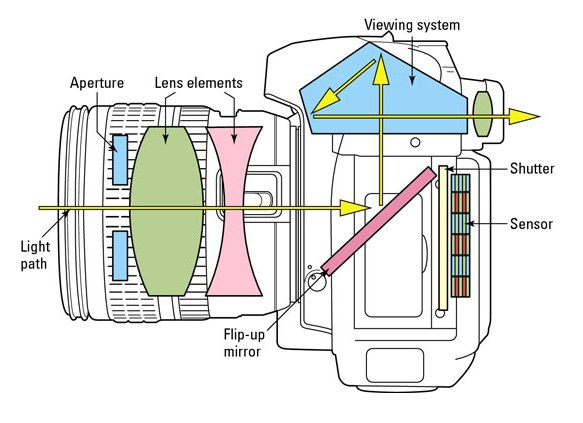 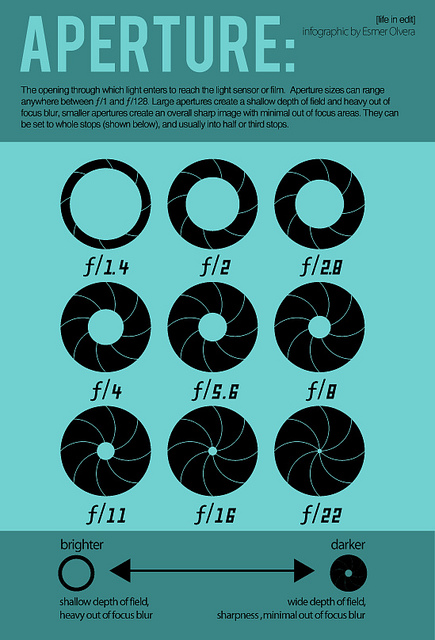 The aperture is the opening in your lens. Basically, it's a hole that lets light in. Most lenses allow you to change the aperture size. Aperture size is measured in f-stops. Oddly, the smaller the f-stop, the larger the aperture or lens opening.

Aperture affects depth of field, which basically refers to how far back objects in your photo appear sharp. Smaller apertures keep more of your photograph sharp, while larger ones keep a smaller area in focus and leave the rest blurry.

("Photo-Basics-Aperture-Infographic" by Esmer Olvera is licensed under CC BY-ND 2.0)

For example, you might use a fast shutter speed to capture an object in motion clearly. It can allow you to "stop" motion because the shutter allows the light in for such a brief time that you can isolate a moving object. A slower shutter speed will show motion through blur, since the object is being exposed for a longer amount of time and is moving.

ISO refers to your camera's sensitivity to light. In bright conditions, a low ISO is sufficient. In low light conditions, you may want to use a higher ISO. Higher ISOs can mean more digital noise in your picture, so beware.