What you will find in the Hargrett Library...

The Hargrett Library focuses on Georgia history and culture, holding rare books and Georgiana, historical manuscripts, photographs, maps, broadsides, and UGA archives and records. Other areas of emphasis include performing arts and natural history. Holdings date from the 15th century to the present.

The Hargrett Library advances the research, instructional, and service missions of the University of Georgia by collecting, preserving, and sharing the published and unpublished works that document the history and culture of our state.

Among the Hargrett’s holdings is the Georgiana collection, the most complete assemblage of published works by Georgians and about Georgia: and a distinguished collection of rare books, maps, and broadsides featuring material from the De Rennes and Felix Hargrett.  The Library holds millions of original manuscripts and images, the raw material of history.  Hargrett also contains the University of Georgia Archives, which secures the institutional memory of America’s first state-chartered university.  The Hargrett is home to the Georgia Writer’s Hall of Fame, celebrating the achievements of Georgia writers and promoting the state’s literary heritage.

Filmmaker Louis C. Harris , Sr. (1912-1978) was a reporter for and later managing editor of the Augusta, Georgia, Chronicle and executive editor of the Augusta Herald (when the papers later merged), from 1932 until his death. He served  overseas in World War II as a member of the Public Information branch of the Army Air Corps, including serving under General Mark Clark, Commander of U.S. Forces, in Austria just after the war. Mr. Harris was a respected member of journalism and community organizations such as the Georgia Press Association and the Society of Professional Journalists, the Augusta Kiwanis, Red Cross, and Champer of Commerce. Three reels of Kodachrome document a July, 8 1953 soap box derby sponsored by the Augusta Chronicle. But three months before this innocent American pastime, Mr. Harris was invited by the government, as a member of the press, to witness a 16-kiloton atomic blast at Yucca Flat, Nevada, on March 17, 1953.

Donald Arthur Schanche   was a freelance writer for numerous magazines and also an editor for Life, Saturday Evening Post, and Holiday. He was an author of several books, as well as being a foreign correspondent for the Los Angeles Times in the Cairo Bureau (1976-1981), Rome Bureau (1982-1987) and the Caribbean Bureau (1987-1991).  He was an incredibly well-traveled and prominent journalist in his era. He traveled throughout the globe from Bermuda to Laos to Iran to Rome to Lebanon. He covered an extensive array of topics and events: the fall of the Shah and the rise of the Ayatollah Khomeini, the civil war in Lebanon, war between factions of the Palestine Liberation Organization, the assassination of Egyptian President Anwar Sadat, and the attempted 1981 assassination of Pope John Paul II, among many others.

Schanche was born in 1926 and died in 1994. He was born in New Brunswick, New Jersey, to Carl and Anna Shennum Schanche . He was raised in Atlanta, Georgia. He grew up by Atlanta where he met Marybelle Waddington at age 12. They were married on Jan. 7, 1952. Schanche  attended Georgia Tech and the University of Miami. He then graduated from the University of Georgia with a degree in journalism in 1950. During World War II he served in the U.S. Navy as radioman with a P.T. boat squadron in the Pacific.

Virginia A. Wells was a female broadcaster. She was famous for her "Women Today" column and worked on radio station WINR (New York) as the Woman's Program Director in the 1930s and '40s.

John E. Drewry  in 1922 became the second person awarded a B.J. degree from the University of Georgia's journalism program. In 1925 he received his A.M. degree from UGA based on graduate work done at Columbia University in New York City and at the University of Georgia. Hired as a journalism instructor at UGA in 1922, Drewry  was promoted to Director of the Journalism School in 1932 and - with the creation of the position - took on the role of Dean of the Henry W. Grady School of Journalism; a position he held from 1940 through his retirement in 1969. In a 1982 Athens Banner Herald article, Loren Smith recalled that when John E. Drewry  was dean of the Henry Grady School of Journalism, "we all were charmed by his presence, inspired by his intellect and relaxed by his wit".

Del Ward  is a Georgia radio and television personality. She was born and grew up in Macon, Georgia. After graduating from Brenau College in Gainesville, Georgia, she worked briefly for WNEX Radio in Macon. She went on to work at WHOT Radio in South Bend, IN, and was the first female disc jockey there. After WHOT she went to WGN in Chicago where she became the nation's first all night female disc jockey. Following WGN she worked as a television and radio actress in New York and then as a disc jockey at KWK in St. Louis, MO. In 1954 she moved back to Macon, GA, and from 1957 until 1997 she worked at WMAZ Radio and Television producing and hosting Date with Del, a show which featured guest interviews and news about events, charities, and other organizations in the middle Georgia area.

Henry W. Grady , the "Spokesman of the New South," served as managing editor for the Atlanta Constitution in the 1880s. A member of the Atlanta Ring of Democratic political leaders,Grady  used his office and influence to promote a New South program of northern investment, southern industrial growth, diversified farming, and white supremacy.Grady County, created in 1905, is named in his honor.

John Holliman  was born in Thomaston, Georgia on October 23, 1948. After earning a bachelor’s degree in journalism from the University of Georgia, Holliman  worked for WGAU-AM in Athens, Georgia and later the Associated Press Radio Network. In 1976, he received a Peabody Award for his documentary, “The Garden Plot – Food as a Weapon in International Diplomacy.” CNN hired Holliman  as part of the network’s original reporting team in 1980, and he was the first correspondent in its Washington, D.C. bureau. He began by covering agricultural stories for the station, but also covered the White House, the student protests at Tiananmen Square, and most consistently the U.S. Space Program. Holliman  gained national attention as one of only three reporters in Baghdad to cover the allied attack on the Iraqi capital during the Gulf War in 1991. The group famously became known as the “Boys of Baghdad.” The three (Holliman , Peter Arnett, and Bernard Shaw) won a Peabody Award for their wartime reporting.Holliman  spent eighteen years with CNN before dying in a car wreck near his home in Snellville, Georgia on September 12, 1998.

Selene Armstrong Harmon (1883-1932) became a feature writer for the Washington Times and later a freelance writer for magazines and newspapers. She was born in Wilkes County, Georgia. She married another journalist, Dudley Harmon. They had four daughters, and the eldest girl was named after Selene's husband. Selene died at age 49. Her eldest daughter, Dudley Harmon, would go on to be a journalist for the Washington Post.

Anthony Bernard Herbert, Lieutenant Colonel, author and psychologist, was born on April 17, 1930, in the coal mining town of Herminie, Pennsylvania.  Herbert served with the US Army in Korea and Vietnam. While in Vietnam he reported to his superiors that persons in the army were participating in the commission of war crimes.  His superiors did not want to address his concerns and Herbert's career and life were in peril and he was eventually discharged.

Anthony Herbert’s quest to hold the U.S. Army responsible for war crimes continued, however. In July of 1972, Playboy published a lengthy interview with Herbert . In 1973 he published his memoirs, together with New York Times correspondent James T. Wooten, and titled it Soldier. To a large degree, this book dealt with his experiences in Vietnam. After the book was published, Colonel John J. Douglass and Colonel Joseph R. Franklin sued the publisher Holt, Rinehart and Winston Inc. as well as Anthony B. Herbert  and James T. Wooten for libel. Both cases, however, were eventually dismissed. While the majority of the media continued to support Herbert ’s view, it was at this time when Barry Lando and Mike Wallace from the CBS show 60 Minutes produced a segment titled "The Selling of Colonel Herbert," in which they portrayed Herbert as a liar and exaggerator. Barry Lando also authored an article with the same tenor in The Atlantic Monthly. After the airing of the program in February and the publication of the article in May 1974, Herbert  filed a defamation lawsuit against CBS, Barry Lando, Mike Wallace and the Atlantic Monthly Company. For the next decade the case sat pending before the District Court, Southern District of New York. When Herbert’s attorneys Jonathan W. Lubell and Mary K. O’Melveny took the depositions of several CBS employees answers to their questions were frequently refused on grounds that the First Amendment prevented inquiries into the states of mind of those involved in the production, editing, and publishing of the segment. The District Court initially granted a motion by Herbert ’s lawyers to compel answers, thus ruling that the First Amendment afforded no such protection, but the Court of Appeals for the Second Circuit reversed the decision. In 1978 , the question came before the United States Supreme Court. In a landmark decision, the judges ruled that CBS had to allow Herbert  and his lawyers to inquire into the editorial process in order to detect Lando’s and Wallace’s state of mind. Herbert  v. Lando et al. remains a key precedent in regard to libel and the Media. The case, however, dragged on for several more years, and in 1984 the District Court dismissed nine of the eleven libel allegations. Two years later, in 1986, the Court of Appeals upheld this ruling and, in addition, dismissed the remaining two counts. Again Herbert  appealed to the Supreme Court, but this time he was not successful and his case was consequently never argued before a jury. 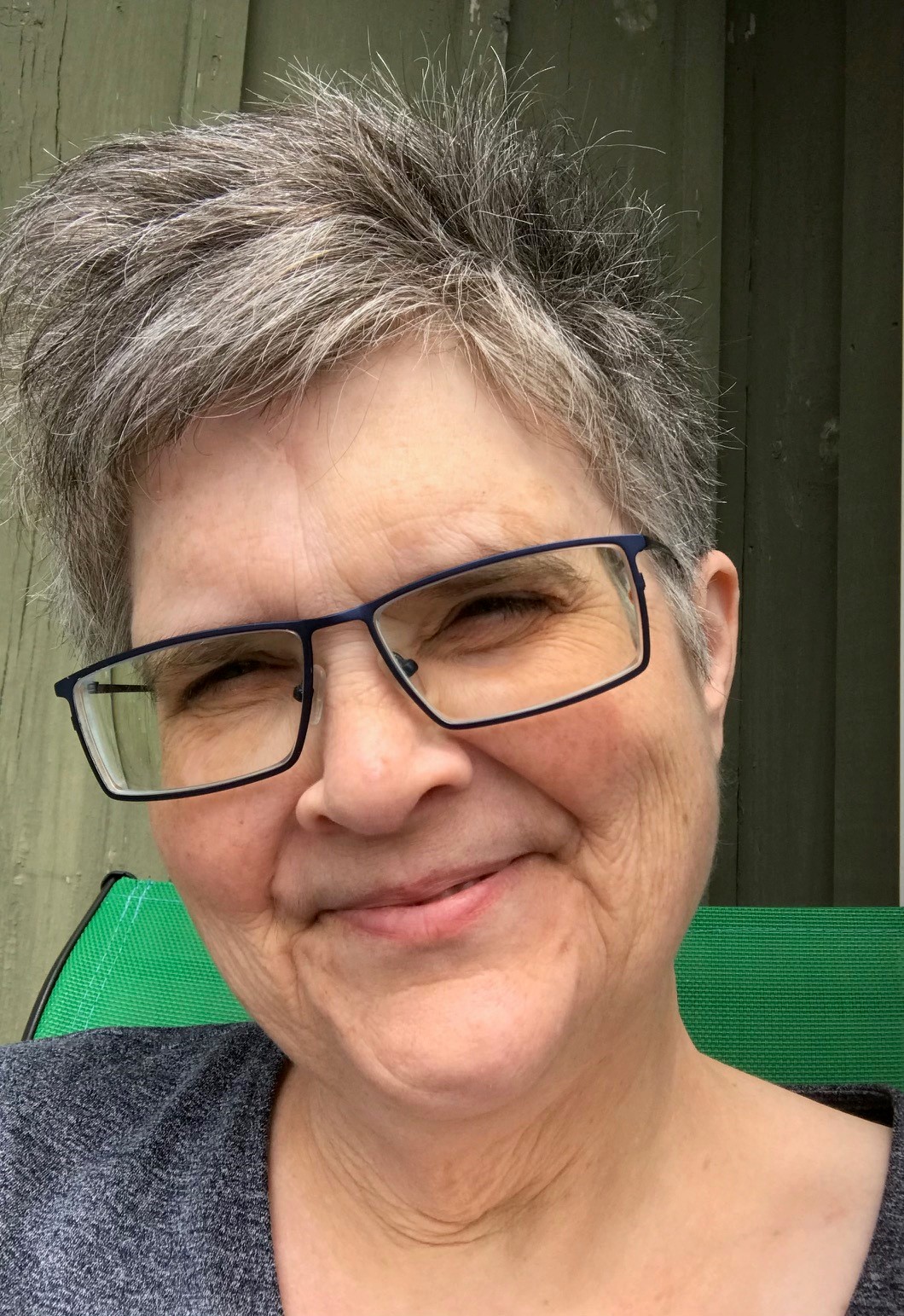