How to Cite Spatial Data

Citing Geospatial Data Resources from the University of Waterloo

Spatial Data from the Census

Please note that these are boundary files only- they do not come with census attributes included.

For assistance in using these data, see the collection of tutorials Working with TIGER/Line Shapefiles. 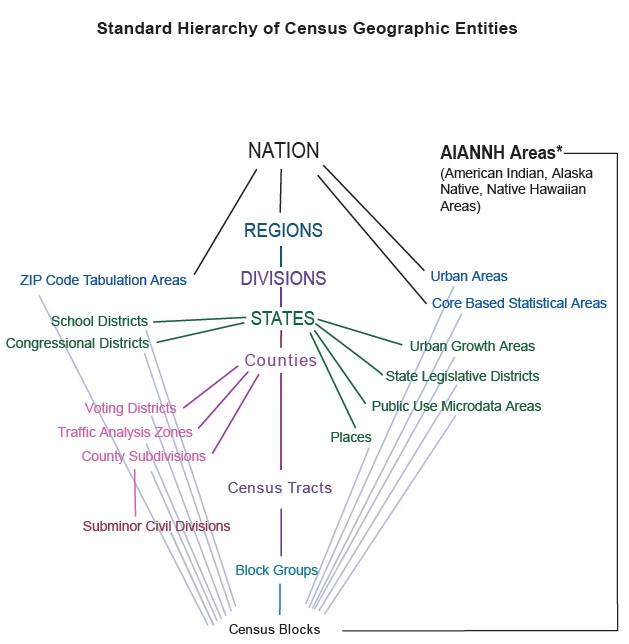 The Census Bureau has made available a limited set of TIGER/Line shapefiles and geodatabases with a subset of demographic data already included as attributes.  Esri Data & Maps data sets also include spatial data with some census demographics attributes included.

These data can be downloaded from the web.  The ESRI data are licensed so UNC authentication is required for access.  The Census data are freely downloadable as they are in the public domain.

If the census variables you need are not included in the attribute tables, you will need to extract the tabular data and join it with a boundary dataset for mapping.  A great place to get attributes is Social Explorer. Here are some instructions on How to Use Social Explorer Data in ArcMap.

1990 Census data from Esri:  the data listed below are from Esri Data & Maps published by Esri in 2000.  Note: Although published in 2000, these data depict 1990 Census boundaries.

Important note about the Esri data: The lineage of these data include TomTom North America Inc., Geographic Data Technology Inc., TeleAtlas and Esri.  Like all spatial data, features from different sources will contain variations due to data lineage and processing steps.  Consult metadata for more information.