There are often issues with third-party programs when a new Mac OS is released. This can require those programs to develop "patches" or "updates." Due to these problems, the UGA Libraries/EITS Mac labs in the MLC run one operating system behind. For example, as Catalina becomes available, we update to Mojave from High Sierra. This is a strategy that you may want to use.

You can still automatically check for updates, but disable the automatic download and install. This gives you more control over when you make changes. You can also make sure that security updates are an exception. 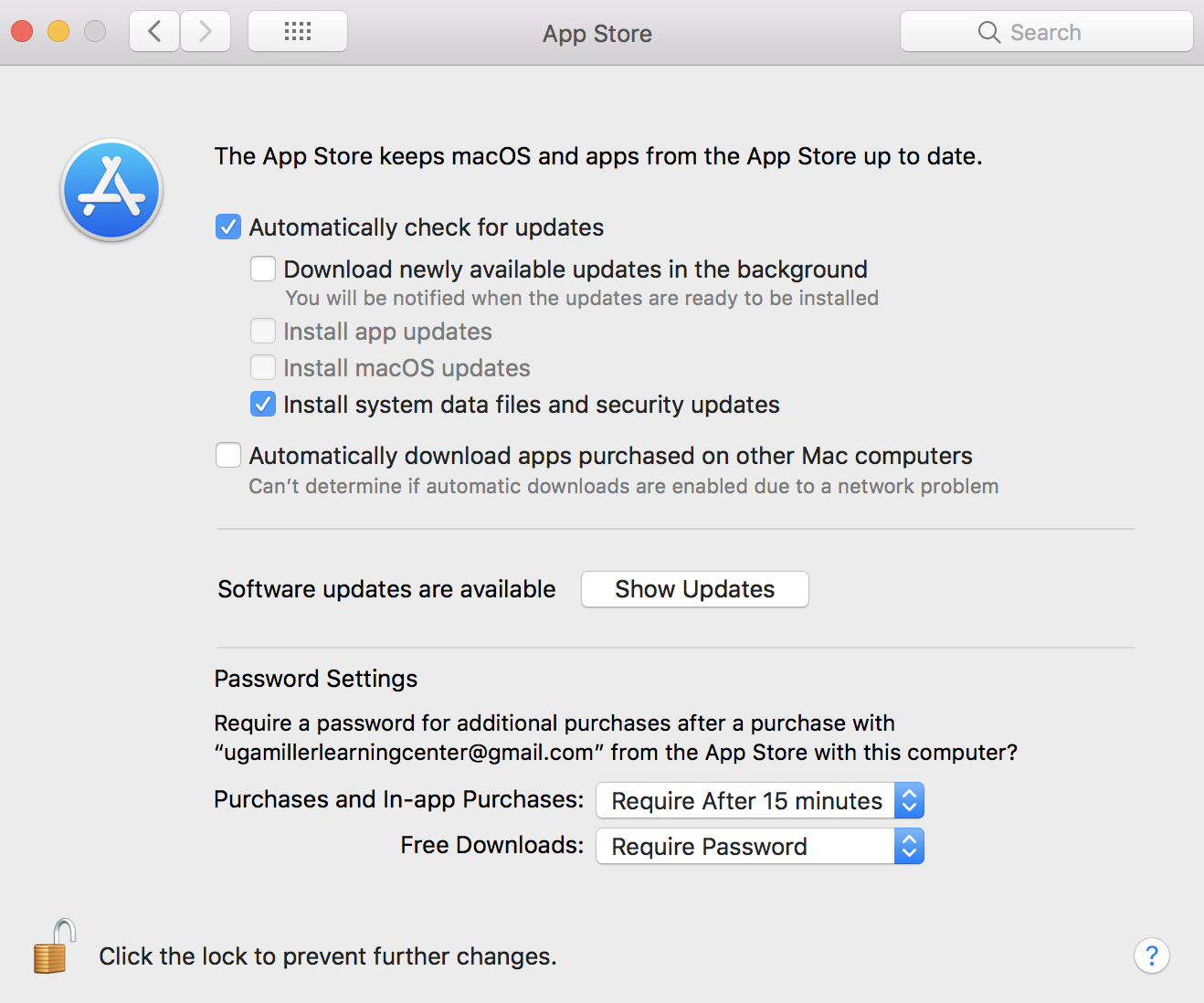 If you are on Mac OS High Sierra or Mojave, we recommend staying with EndNote X9.2.

If you are on Mac OS Catalina YOU MUST use EndNote X9.3. Earlier versions simply will not work.

Compatibility report as of July 2018

Check this link from Thomson-Reuters for more information on OS 10.12 and lower.

EndNote X6 is not officially compatible with Mac OS X 10.11 El Capitan. We will report any major issues and exceptions found to this page. We do not anticipate providing further compatibility updates to fix issues with EndNote X6 and earlier with 10.11.

Yosemite (OS 10.10)
Yosemite.was released about the time as X7.2, which is compatible.

However, you should make sure that your word processor is compatible with your operating system.

The most recent version of EndNote is X7, which is designed to be compatible with Mavericks

Download the X7 for Mac (if you don't already have it).

Select "Download and Install." You may need to repeat this process until you get to the current update version, (file name X7.2 or 17.2)

See the "Update" tab of this guide if you hae any issues with the update process.

Officially compatible with X6 and later

Officially compatible with X5 and later

Officially compatible with X4, X5 and X6. May possibly work with X7, but EndNote does not officially claim compatibility.