The mission of the University of Georgia Special Collections Libraries is to acquire, organize, preserve, and provide access to unique and rare materials related to the history and culture of Georgia. The Richard B. Russell Jr. Special Collections Libraries Building houses the Hargrett Rare Book and Manuscript Library, including University Archives, the Richard B. Russell Jr. Library for Political Research and Studies, and the Walter J. Brown Media Archives and Peabody Awards Collection.

Baseball and the Senate

The Richard B. Russell Library for Political Research and Studies holds the baseball card collection of Senator Richard B. Russell, Jr., which contains over 1,000 cards produced by the American Tobacco Company between 1909 and 1911. It's one of the largest collections in a public institution in the U.S. Some of the rarest T-206 cards are included in the Russell collection, including an extremely scarce misprint of a Joe Doyle card and an equally uncommon Ty Cobb portrait featuring the slogan, "Ty Cobb, King of the Smoking Tobacco World," on the reverse.

The Walter J. Brown Media Archives and Peabody Awards Collection holds many collections of home movies and town films. These nuggets of information are important because they document everyday life in a way that letters and diaries and newspaper clippings do not. 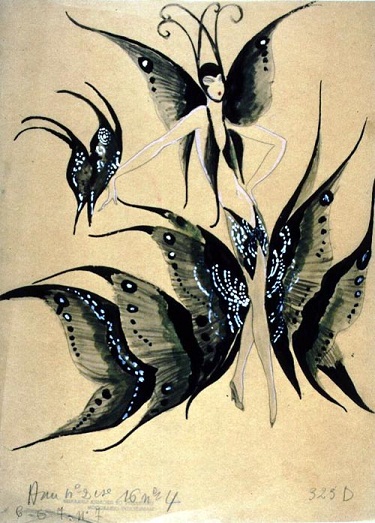 The Hargrett Rare Book and Manuscript Library is home to the Paris Music Hall Collection, which has over 6,000 costume designs for entertainers in Paris from 1920 to 1938, including Josephine Baker, who performed at venues such as the Moulin Rouge and the Folies Bergere. After the owners and artistic directors of the music halls determined the annual theme for the shows, various tableaux were created to fill an evening's entertainment. Most of these were simply spectacles serving as vehicles for the star artists. The tableaux varied widely to include comic, dramatic and historic subjects, but musical entertainment was always the focal point. The costumes reflected the themes such as "the French Revolution", "Jewels", "The Garden of Metal", "The Seven Deadly Sins", "Flowers", as well as various animals, food, and sports. The Hargrett Library has a fairly extensive collection of programs from the productions providing invaluable documentation of the tableaux as well as the stars, chorus lines, songs, and credits for many , but not all, of the designers.